Disney’s Moana Jr. is a 60-minute musical adaptation of the 2016 Disney animated film, bringing the adventures of Moana and her village of Motunui to life onstage. Moana Jr. features beloved songs from the film, written by Tony, Grammy, Emmy and Pulitzer Prize-winning composer Lin-Manuel Miranda, Opetaia Foa’i and Mark Mancina, including “How Far I’ll Go”, “Shiny” and “You’re Welcome.”

This thrilling and heartwarming coming-of-age story follows the strong-willed Moana as she sets sail across the Pacific to save her village and discover the truth about her heritage. Moana and the legendary demigod Maui embark on an epic journey of self-discovery and camaraderie as both learn to harness the power that lies within.

With empowering messages of bravery and selflessness, Moana Jr. is sure to bring out the hero within each of us.

Celebrating the rich history of Oceania and based on the beliefs and cultures of the people of the Pacific Islands, Moana was developed in collaboration with an Oceanic Trust – a group of anthropologists, cultural practitioners, historians, linguists, and choreographers from the Pacific Islands. The same respect and attention to detail used to develop the film was carried forward in the creation of this stage adaptation. Based on one of Hans Christian Andersen’s most beloved stories and the classic animated film, Disney’s The Little Mermaid is a hauntingly beautiful love story for the ages.

With music by eight-time Academy Award winner, Alan Menken, lyrics by Howard Ashman and Glenn Slater, and a compelling book by Doug Wright, this fishy fable will capture your heart with its irresistible songs, including “Under the Sea”, “Kiss the Girl” and “Part of Your World.”

Ariel, King Triton’s youngest daughter, wishes to pursue the human Prince Eric in the world above, bargaining with the evil sea witch, Ursula, to trade her tail for legs. But the bargain is not what it seems, and Ariel needs the help of her colorful friends Flounder the fish, Scuttle the seagull and Sebastian the crab to restore order under the sea. Stakes are higher than ever before as SpongeBob and all of Bikini Bottom face the total annihilation of their undersea world. Chaos erupts. Lives hang in the balance. And just when all hope seems lost, a most unexpected hero rises up and takes center stage.

Get ready to dive to all-new depths of theatrical innovation at The SpongeBob Musical, where the power of optimism really can save the world! With five number-one singles, six Grammy Awards, five American Music Awards, and six number-one albums, The Eagles were one of the most successful musical acts of the 1970s. At the end of the 20th century, two of their albums, Their Greatest Hits (1971–1975) and Hotel California, were ranked among the 20 best-selling albums in the United States.

One Of These Nights brilliantly re-creates the harmonic sounds of the legendary Eagles. Blending five-part harmonies and three guitars, One Of These Nights tightly executes the magical compositions of such songs as “Best of My Love”, “Witchy Woman”, “Lyin’ Eyes”, “The Long Run”, and the exquisitely layered “Hotel California”.

One Of These Nights’ unstoppable medleys, seamless transitions and note-perfect performances are going strong! Featuring true professional musicians and singers, the articulation, thoughtfulness and uncompromising dedication of One Of These Nights captivates the audience to where they feel like they are at an actual Eagles concert!

One Of These Nights is committed to providing an audience the best Eagles music experience, saying “As long as the music is performed with enthusiasm, accuracy and conviction, it doesn’t matter who is performing it, and that is our goal. We really feel that our concert covers all those criteria and that audience members will agree. It is such an honor to perform the amazing music these gentlemen created. Our hope is that it’s a concert you won’t miss and one you will never forget… See you soon!” 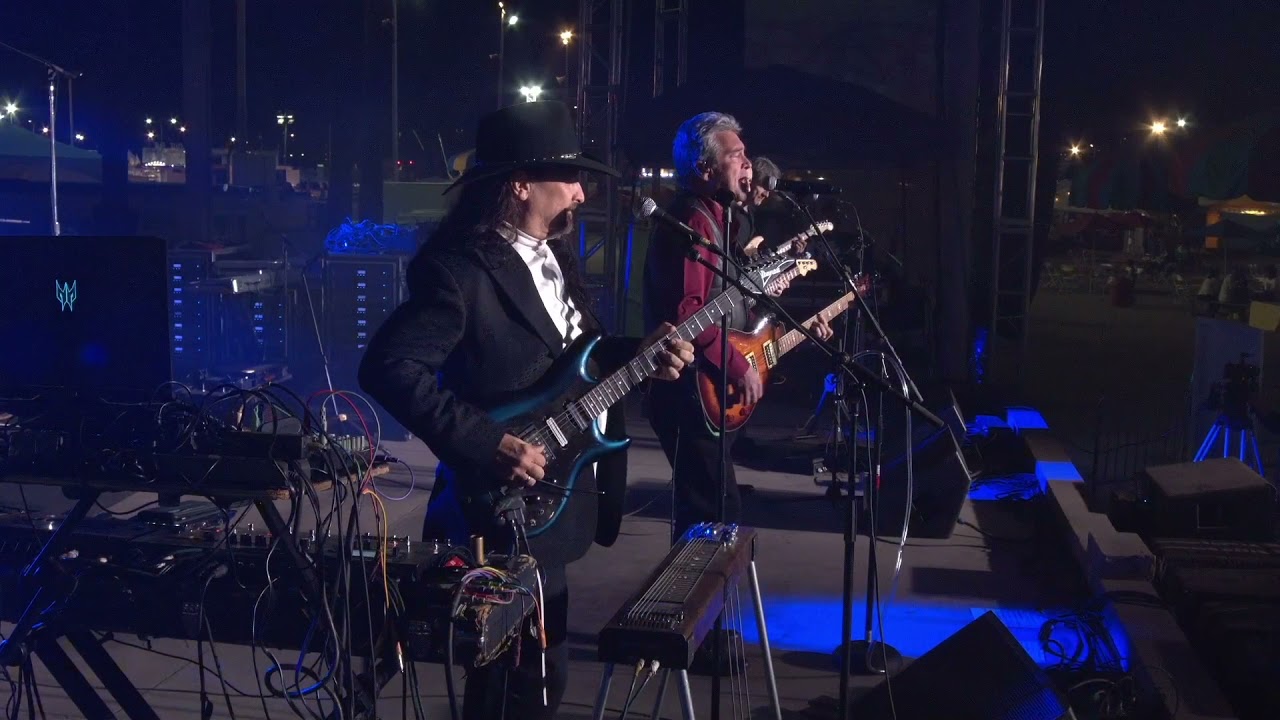