Bhakthi (A Dance Drama in English) Evil forces of terrorism plague the peace on earth. Lack of devotion to peace poses a constant threat to its sustenance. From times immemorial to modern times, scholars from all walks of life joined hands to promote peace.

During the Second World War, Dr. Albert Einstein and Dr. Rabindranath Tagore came from different walks of life to voice their support to World Peace through Science, Philosophy and Spiritualism. Their discussions enlightened the world that Science and Philosophy are two faces of a coin and go hand-in-hand in enabling our comprehension of the good and the bad around us. These two great personalities from the East and the West paved the path to the current efforts by Sri. Sugunendra Theertharu and the UN secretary general Ban Ki Moon to promote world peace through spirituality.

Bhakthi is a dance drama inspired by the conversation between Tagore and Einstein. The portrayal of the concept of devotion through the eyes of a philosopher poet and the brightest mind in science thrills the audience with dimensions never experienced before.

Tagore takes Einstein through different dimensions of Bhakthi from the Vedic times to the modern times. Dimensions of Bhakthi excavated by the great Indian philosophers, poets, and great devotees provide the content for this presentation. Einstein provides the perspective of a theoretical physicist.

Admission to this program is through a donation to SRCF (Sujnana Religious & Charitable Foundation), a 501 c(3) registered organization. All donations are tax-deductible. For more information, please visit www.skvtemple.org. 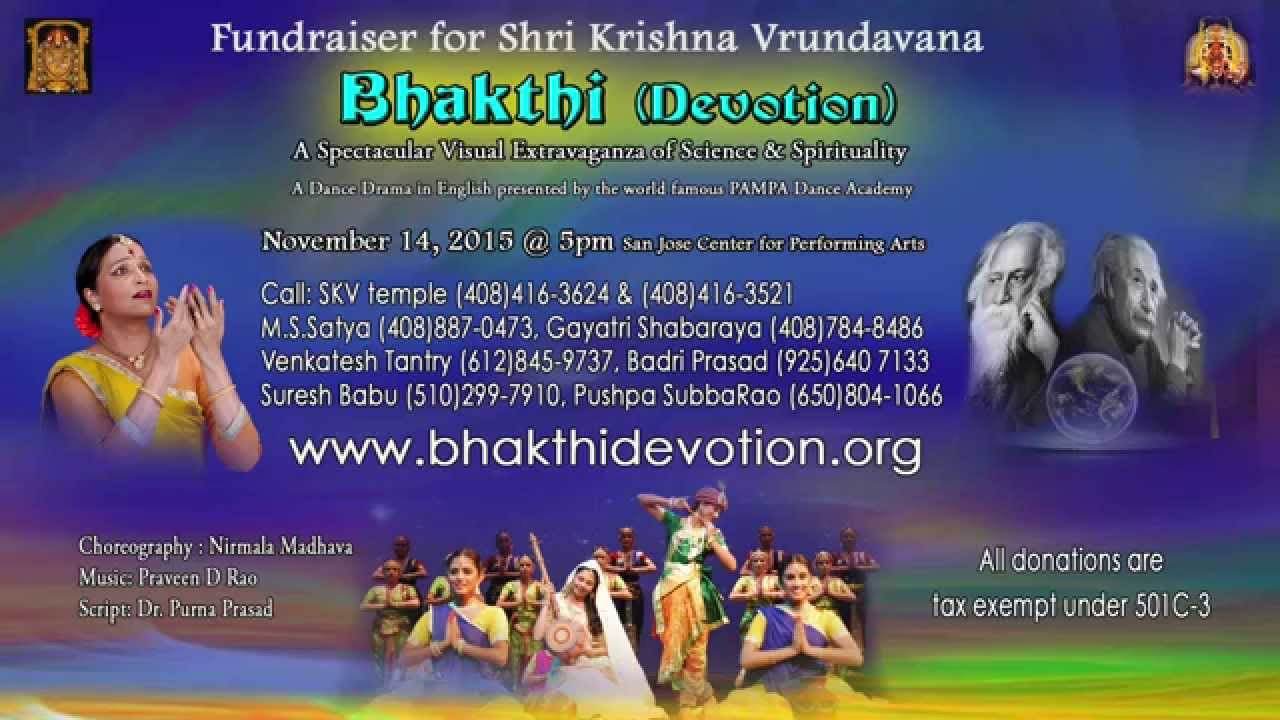